Happy Valentine’s Day! Turn up the heat this evening with some of these aphrodisiac foods. Eat. Drink. Love. 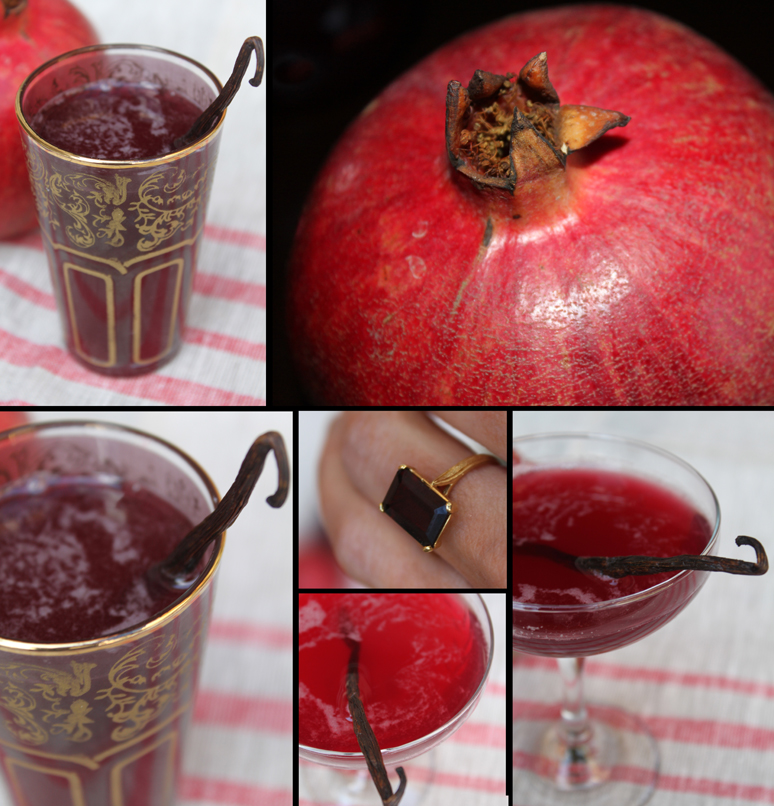 the pomegranate owes its passion power to antioxidants, which protect the lining of blood vessels, allowing more blood to course through them. The upshot? Increased genital sensitivity. Historically, pomegranate was regaled as a culinary symbol of Aphrodite by the ancient Greeks. Some say the forbidden fruit of the Bible was not apple at all, but a pomegranate fruit.

The food you consume can have a direct impact on your sex life, affecting your hormones, brain chemistry, energy and stress levels. Some foods have psychoactive properties, others arouse because they are psychologically suggestive, and some can actually increase blood flow to the genitals. We looked around and found a list of other popular aphrodisiac foods. These super ‘sexy’ foods can get you in the mood and help get your blood flowing.

chocolate the king of natural aphrodisiacs, contains a host of compounds including anandamide, the psyochoactive feel-good chemical, and PEA (phenylethylamine), the "love chemical," which releases dopamine in the pleasure centers of the brain and peaks during orgasm. PEA is said to help induce feelings of excitement, attraction and euphoria. Cacao also contains tryptophan, a key component of the neurotransmitter serotonin known to promote a sense of well-being and relaxation. Try making Cupid's Cup from V-Day 2011 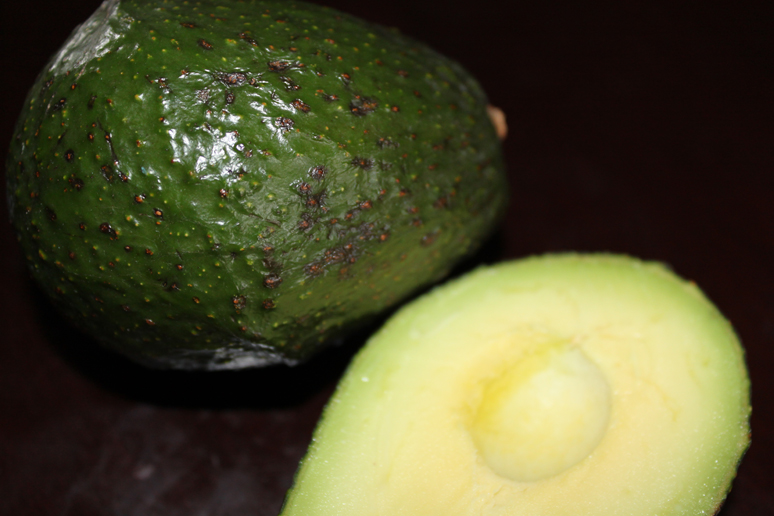 avocado Just by looking at the shape of avocado, you will see the reason why it was associated with sexuality. The Aztecs called the avocado ahuacuatl, or "testicle tree." They thought the fruit hanging in pairs on the tree resembled testicles. The Catholic priests in Spain found this fruit so obscenely sexual that they forbade it. On the other side, avocado is rich with folic acid, vitamin B6 and potassium. They are also said to boost immune system. 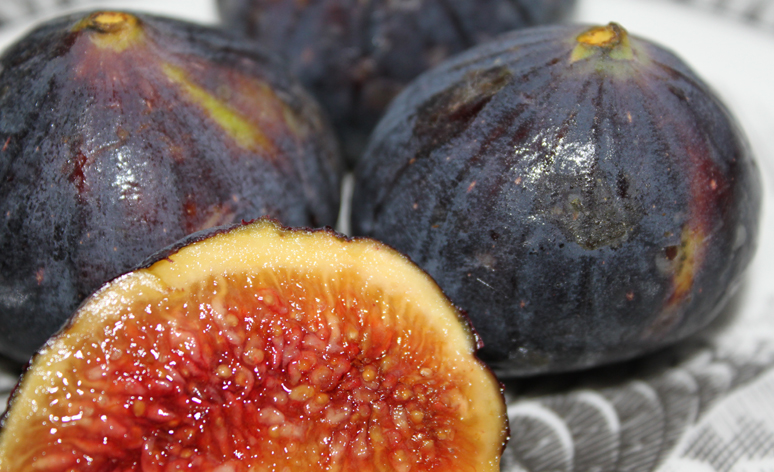 figs this sexy fruit has long been thought of as an arousing stimulant, and an open fig is believed to emulate the female sex organs. Figs are steeped in history and are one of the oldest-recorded fruits. They are mentioned in the Bible (Adam and Eve wore fig leaves to cover their private parts), are reported to be Cleopatra’s favorite fruit, and the ancient Greeks held them as sacred and associated them with love and fertility. 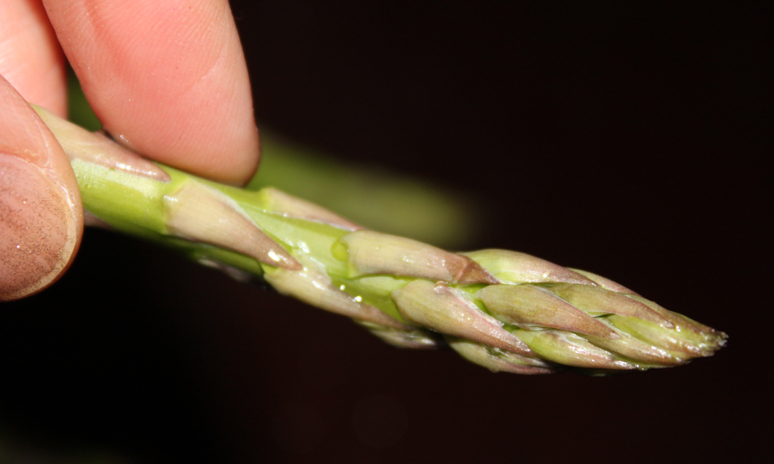 asparagus An English herbalist from the 17th century, Nicholas Culpepper, wrote that asparagus "stirs up lust in man and woman." In 19th century France, bridegrooms were served three courses of the sexy spears at their prenuptial dinners. Apparently for a good reason: asparagus is a great source of potassium, fiber, vitamin B6, vitamins A and C, and thiamin and folic acid. The latter is said to boost histamine production necessary for the ability to reach orgasm in both sexes.

bananas By its shape its connection with sexuality is quite obvious, but you’ll also find that bananas are loaded with potassium, magnesium and B vitamins. It also contains chelating minerals and the bromeliad enzyme, said to enhance the male libido.

basil not only makes the meals smell and taste better, but it also has a lot of beneficial effects on human body. Basil has a fantastic aroma that is said to have an aphrodisiac effect; it is also very stimulating. Using sweet basil in a pasta sauce will be sure to get your heart racing! Maybe this explains why Italians are so romantic! 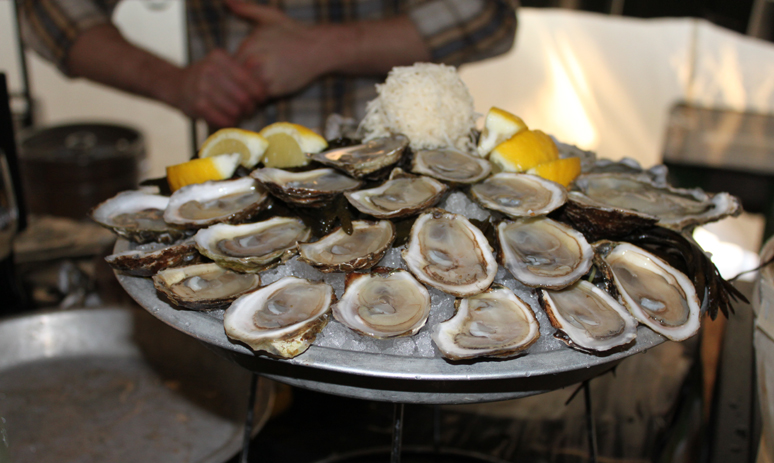 oysters are probably the food most associated with being an aphrodisiac, and most people are aware of their reputation for increasing sexual desire. Oysters may be thought an aphrodisiac because of their high zinc content, which helps produce sperm and increases libido. Raw oysters are best served with a glass of chilled Champagne for a truly romantic meal!

honey Sweet, sticky honey is a great source of boron, a trace mineral that helps the body use and metabolize estrogen, the female sex hormone. Studies have shown that this mineral may also enhance testosterone levels in the blood, the hormone responsible for promoting sex drive and orgasm in both men and women. In addition, honey contains B vitamins needed for testosterone, as well as other nutrients, enzymes and phytochemicals. (www.alternet.org)

Have a great night!