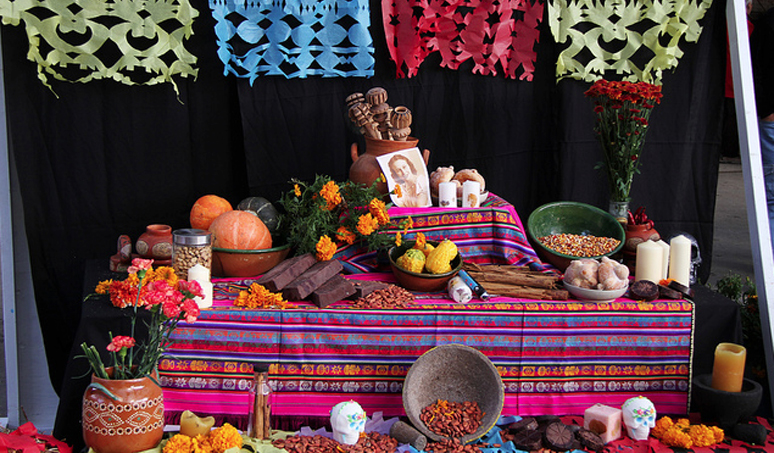 Día de los Muertos is a Mexican and Latin American holiday where family and friends gather to pray for and remember loved ones who have left this earth. Its traditions include building private altars to honour the deceased, using sugar skulls and marigolds and leaving the favorite foods and beverages of the departed at their grave sites. 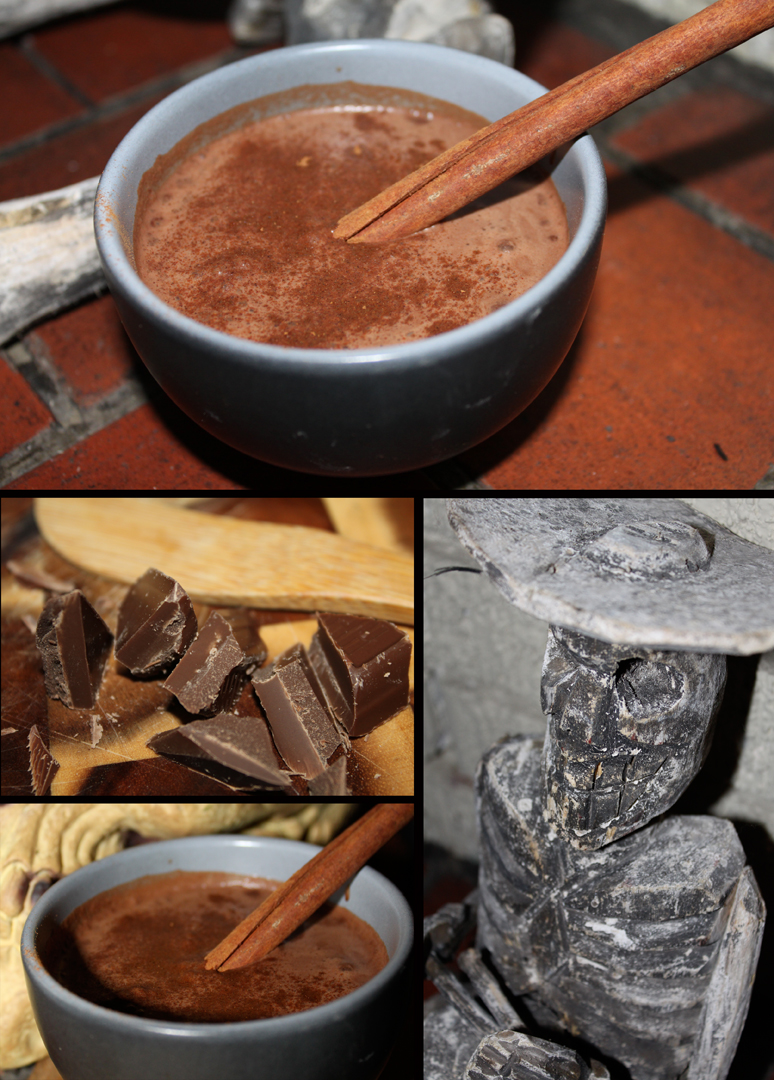 Place the milk and sugar in a medium saucepan and bring to a simmer. Remove pot from heat and stir in the chocolate, vanilla, cinnamon, and cayenne pepper with a wooden spoon. Allow chocolate to melt for about 3 minutes. Reheat the hot chocolate over low heat until it simmers. Strain the chocolate into a measuring cup and pour into mugs. Add 1 oz of proof vodka to each mug. Stir with cinnamon sticks. (2-3 cups) 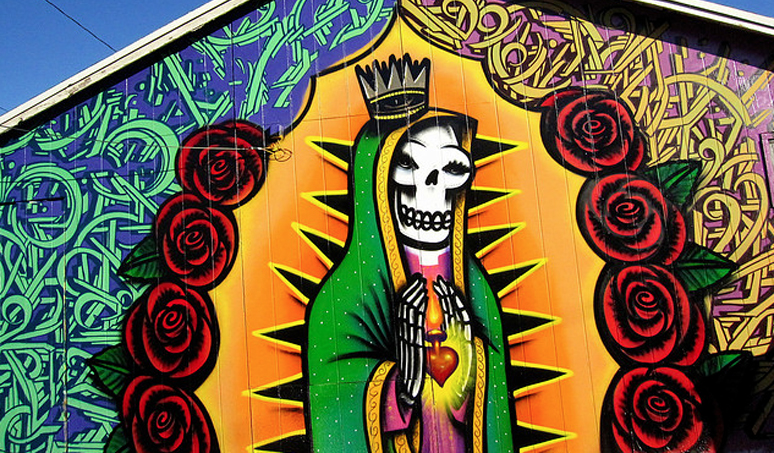 This weekend, don’t miss the Dia de los Muertos at the Brickworks.
Join us for a special celebration of Mexican culture and Latin American traditions with all day family-friendly events including live music and dancing, face painting and crafts for the kids! Saturday, November 3, 2012 8am–2pm The Pavilions (http://ebw.evergreen.ca)

The Farmers’ Market will feature special Latin American vendors: ChocoSolChocolate Traders  Bringing special treats! Agave y Aguacate  A journey through authentic Mexican soul food with Chef Francisco Alejandri. With more than five hundred years of culinary heritage, Mexican cuisine is more than tacos and burros! Pancho’s Bakery  Pancho’s is a Mexican company offering truly authentic Mexican pastries and churros in Toronto since 2009. This Mexican specialty is made of a sweet-dough spiral, deep-fried, coated with cinnamon and sugar and filled with chocolate, caramel, jam or plain, and served with hot chocolate or coffee. As a special for the event, they will be featuring “Rosca de Reyes” and “Pan de Muerto.” ESÉ  Serving up LA-style Mexican food in Toronto. Drop by their booth for breakfast or lunch and try Huevos Ranchero, Vampiro Tostada and Huitlacoche Quesdilla. Oxala  A Mexican and Portuguese street food pop-up. Menu for the day: "Huarache," a thick and crispy corn shell topped with melted cheese and chorizo, lime potato mash, pickled cactus and spicy salsa. Found in the streets of Mexico city el Huarache is a traditional dish made for the Dia de los Muertos celebrations. Steve Lorreta  Sugar skulls. Made to decorate “ofrendas” which are built in people's home's as well as in public spaces to commemorate the dearly departed. 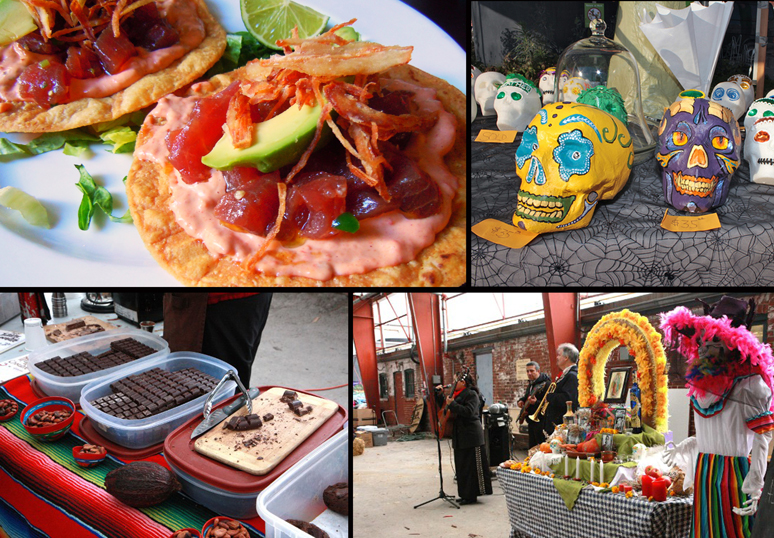 Sweet & Savory Tamales Competition Our local food court we be transformed into a Mexican Mercado where four special guest chefs will prepare tamales for you to taste and vote on your favourite! Revenues from the sales of the ballots go to support Children's Food Programing at EBW. Participating Chefs: Pedro Quintanilla from Bloom Restaurant • Luis Valenzuela from Torito Tapas Bar • José Hadad from Frida Restaurant and Mad Mexican Salsa • Rossy Earl from Supi Cucu

Community Altar Come early and join Gabriela Ituarte as she shares her Mexican traditions and culture. For the construction of the Altar, you are welcome to contribute pictures of members of your family that have passed away and you want to celebrate and/or orange flowers.

He painted for the people. She painted to survive. The exhibition Frida & Diego: Passion, Politics and Painting features more than 80 works on paper and paintings by Frida Kahlo and Diego Rivera and more than 60 photographs of the couple, whose shared passion for each other and Mexico's revolutionary culture during the 1920s and 1930s have made them Mexico's most famous artists. During their lifetime together as a married couple, Rivera achieved international prominence as a muralist, while Kahlo's intimate paintings were embraced by the Surrealist movement and the Mexican art world but not well known in the broader context of art and modernism.

To enhance your experience, AGO Restaurant, FRANK has created a prix fixe Frida and Diego lunch or dinner menu. (http://www.ago.net/frank)