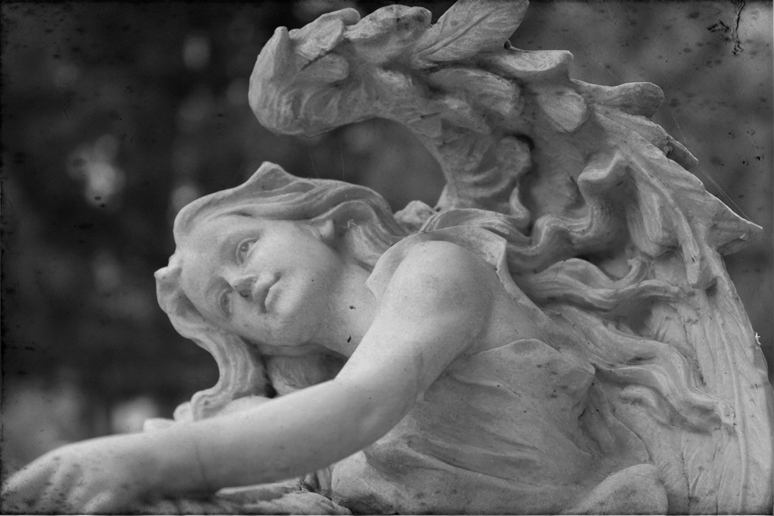 We’re back. Recently, we were contacted by a certain group of researchers, sharing the same name as our brand. The funny thing is, we both deal in spirits. We weren’t sure whether to send them a cease and desist letter (kidding guys) or to partner up with this far-out bunch. Well Scoob, hang on to your Scooby snacks, we are in for a spooky treat.  We would like to formally introduce you to proo(f) Paranormal Researchers of Ontario. 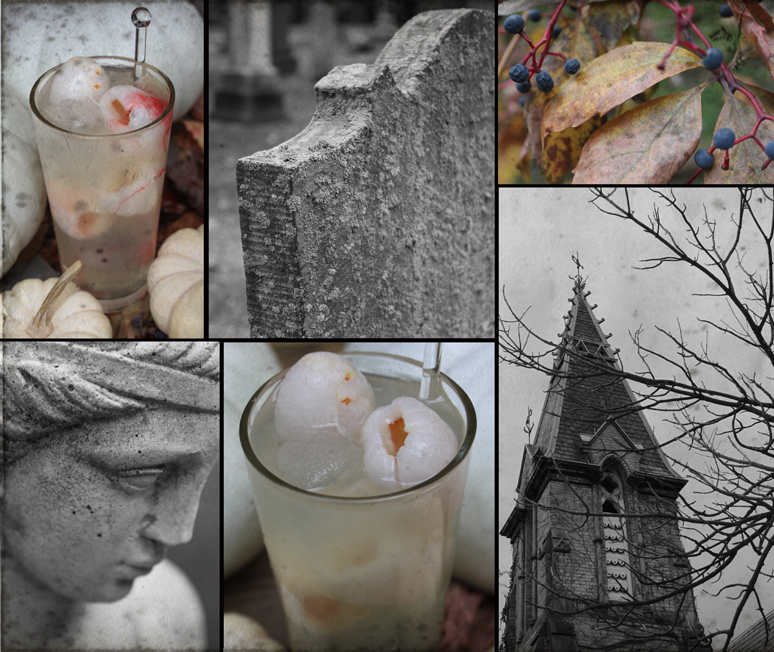 Combine all liquids (with the exception of the grenadine) in a cocktail shaker with ice.  Shake.  Strain into a tall thin glass filled two-thirds with ice. Garnish with whole lychee fruit. Drizzle a little grenadine over the lychee fruit.

*proof spiced rum 500 ml bottle proof rum • 1 vanilla bean • 1 star anise • a few cloves • 1 cinnamon stick • 1 piece allspice • 1 piece orange zest
Add all the spices to a 500 ml bottle of proof rum. Cover tightly with a lid, shake a few times and place in a cool, dark spot or in the refrigerator and let sit for at least 24-36 hours. Make sure to check it every day to ensure that you are happy with the intensity. You can remove certain flavours as you go, to intensify the ones that you like most. We tend to remove the citrus after day one, and keep the vanilla until the very end. 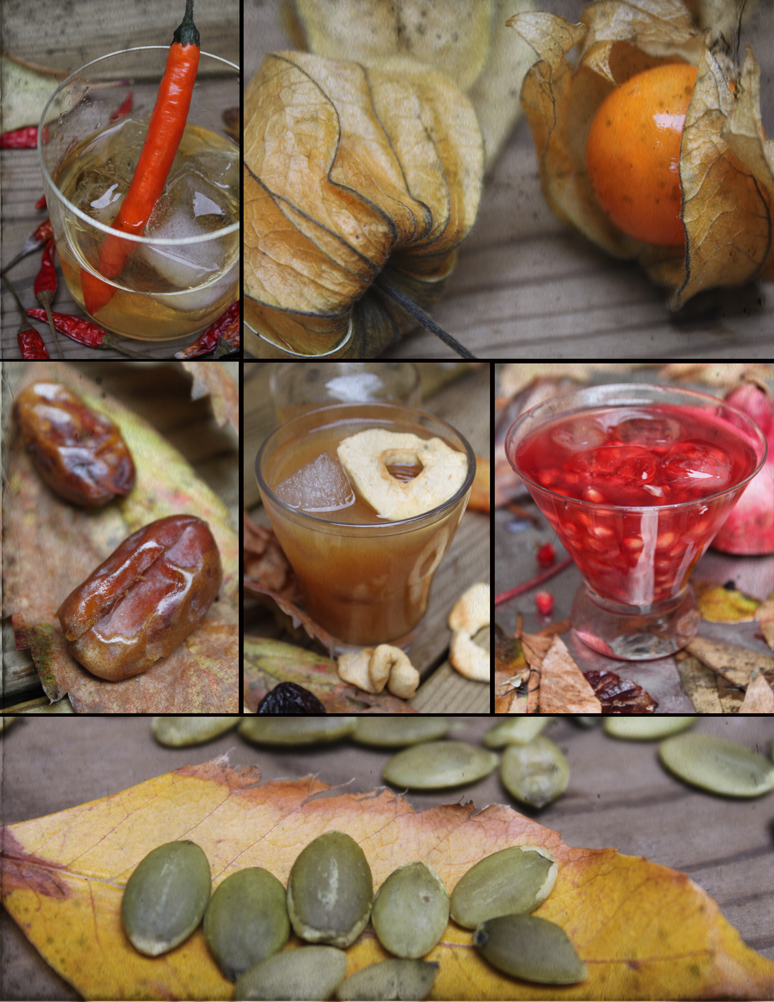 gruesome halloween garnishes We generally like to keep things looking as natural as possible when it comes to food and drink. So, instead of rushing out to buy rubber spiders and spooky swizzle sticks, we hit the grocery store. There are many fruits, veggies and, yes, cured meats that can make a drink look really disgusting and creepy. Here are some options. 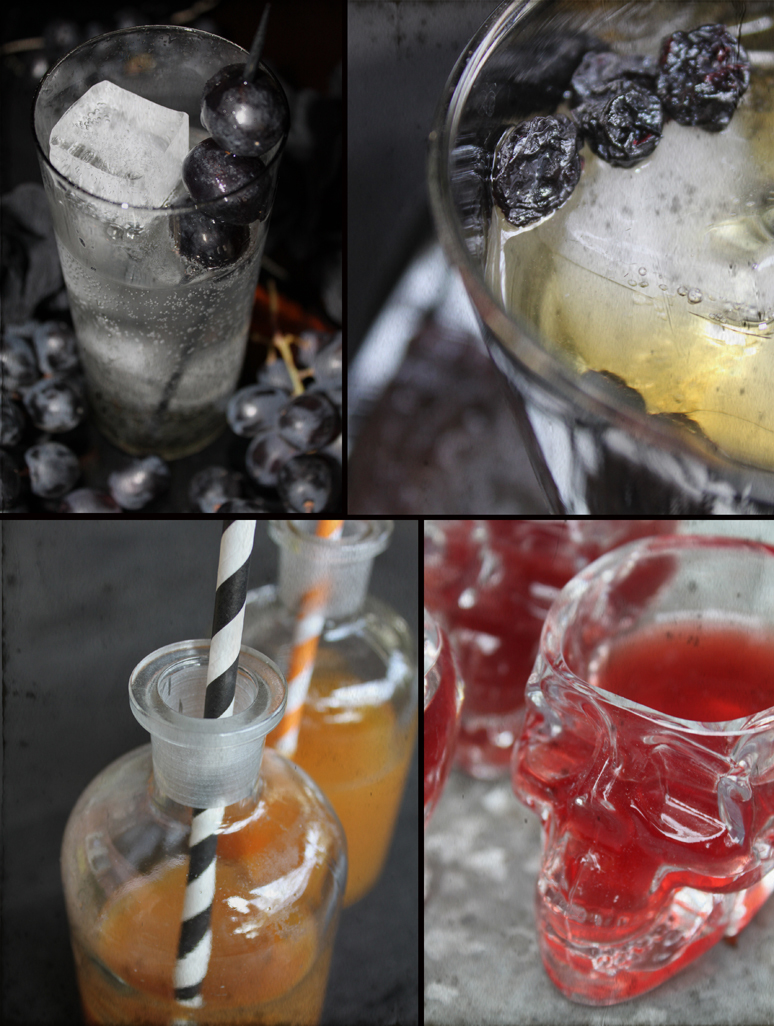 glassware You can also have fun with a range of glassware. Try using smoked retro glass, depression glass, black or orange glass, mini chemistry bottles or test tubes – anything that looks old. Have fun with your presentation! 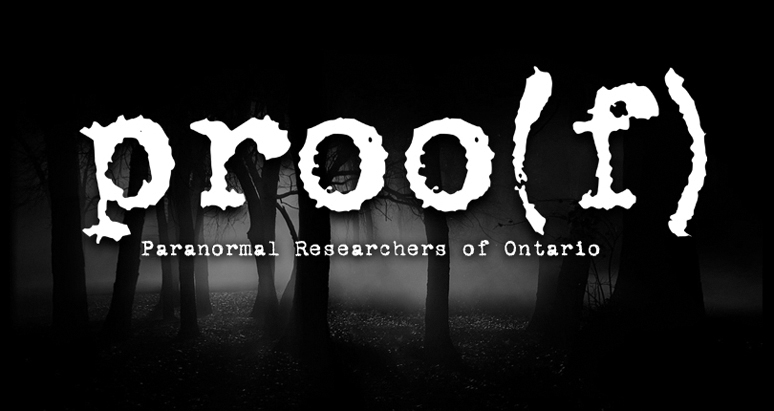 '(f)ear is the only variable'proo(f) is a team of Paranormal Investigators based in Durham Region, Ontario. We conduct objective research and investigations into the unexplained. 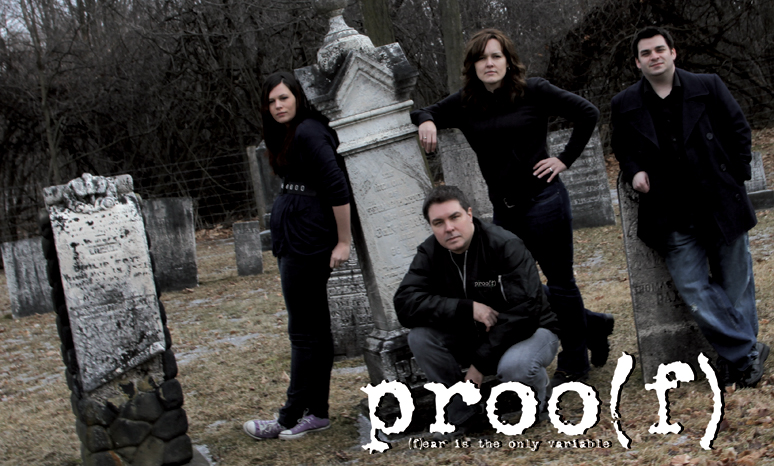 Our team consists of 4 experienced professionals who collectively have been studying and researching the paranormal for over 20 years. Our priority is to try and provide answers and relief to people troubled by events they cannot explain. If you or someone you know could benefit from our help, please contact us today. To get in contact with us, you can email your questions, comments, concerns, or places of interest to: info@proofcanada.com (www.proofcanada.com)

Proo(f) is currently pitching a series and sent us a link to their concept episode
AND here is a video of proo(f)'s very own Katie, mixing the proo(f) zombie

Paranormal Activity is a 2007 American supernatural horror movie written and directed by Oren Peli. The film centers on a young couple, Katie and Micah, who are haunted by a supernatural presence in their home. It is presented in the style of found footage, from cameras set up by the couple in an attempt to photograph what is haunting them. Originally developed as an independent feature and given film festival screenings in 2007, the film was acquired by Paramount Pictures and modified, particularly with a new ending. It was given a limited U.S. release on September 25, 2009, and then a nationwide release on October 16, 2009. The film earned nearly $108 million at the U.S. box office and $194 million worldwide.

These movies are CRAZY scary and they have just released Paranormal Activity 4. Here is the trailor If this series is too much for you, you may want to go old school and revisit the Ghostbusters Trilogy. It’s a classic. 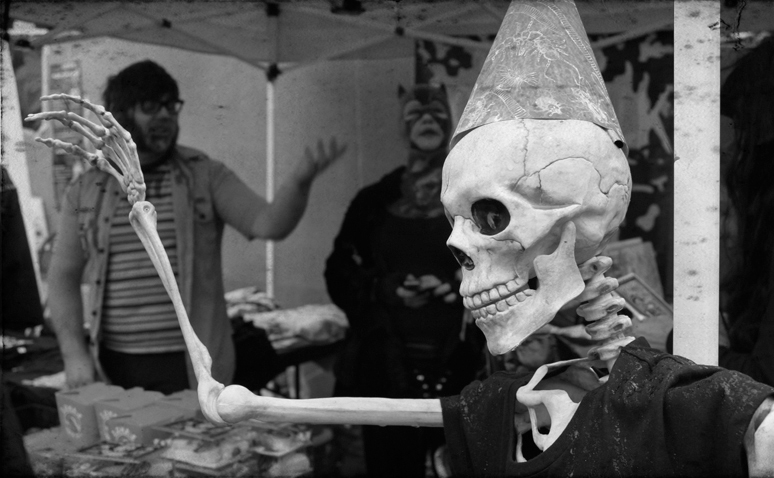 Speaking of the grotesque...we attended the Zombie Walk at Nathan Phillips Square on Sunday and we were a little creeped-out to say the least. 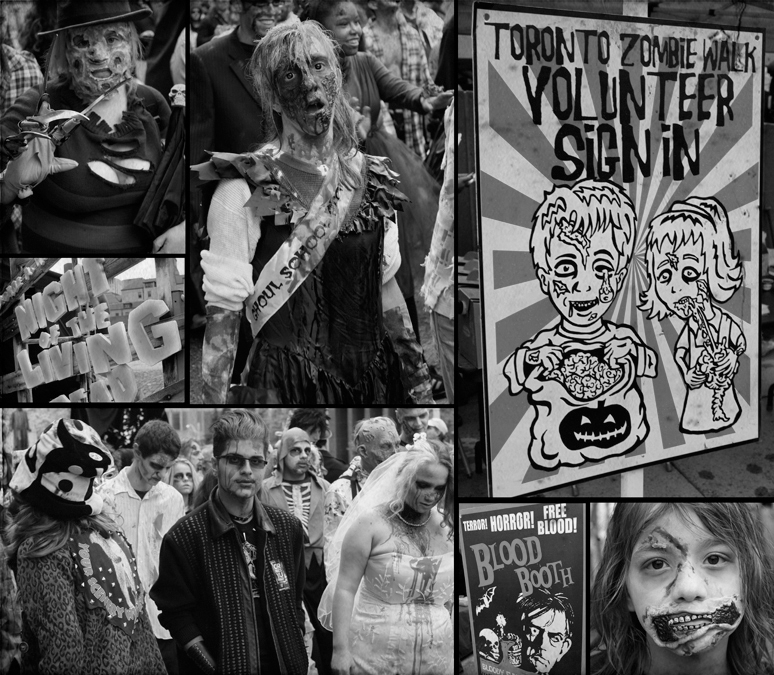 Toronto Zombie Walk is in its 10th year. This year, however, was the first year that it partnered with the Heart & Stroke Foundation. (www.torontozombiewalk.ca) 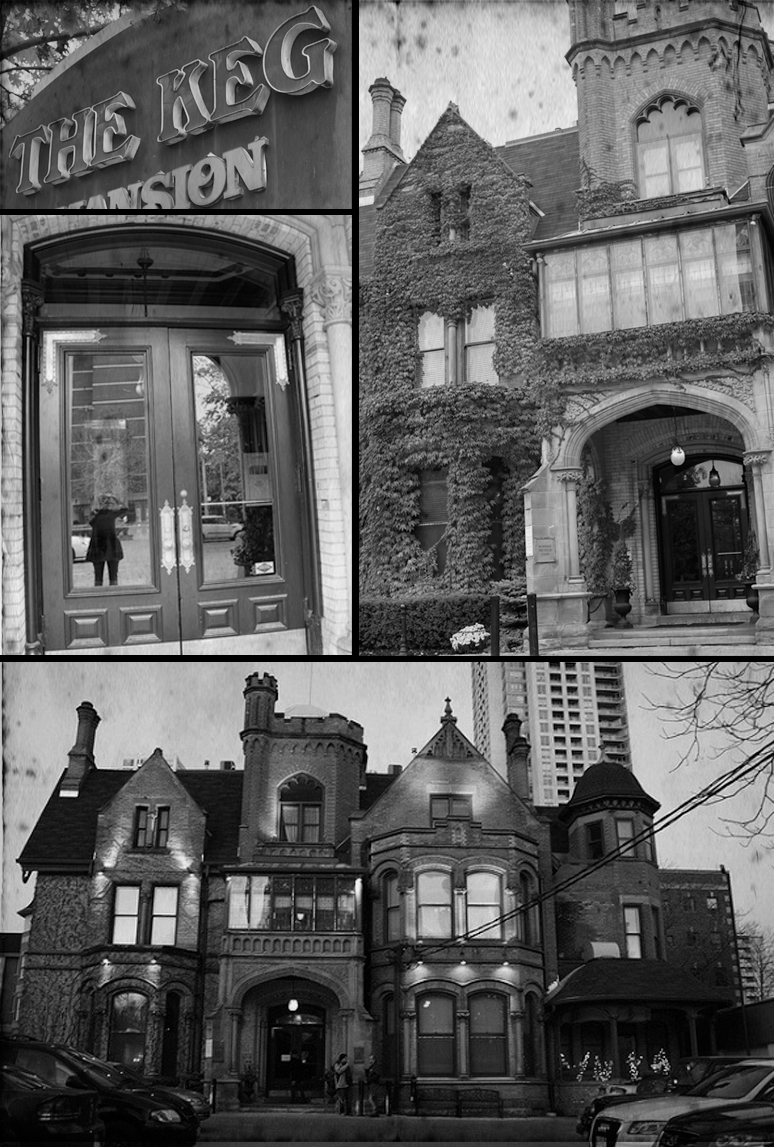 Blog TO did a great piece on all of Toronto’s best haunted buildings. We thought that we would check out the Keg for ourselves, so we have booked a dinner there on the weekend. The Keg Mansion (515 Jarvis Street 416-964-6609 www.kegsteakhouse.com)

If you are truly interested in finding out more about toronto’s spirit life, check out one of these toronto ghost walks:(http://www.muddyyorktours.com)(http://www.hauntedwalk.com)(http://www.tourguys.ca)(http://burlingtonghostwalks.com)